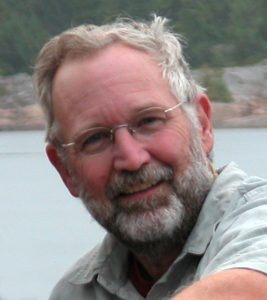 Mark Scarlett retired in 2008 after 20 years as executive director of the Claxton-Hepburn Medical Center Foundation in Ogdensburg, NY. Mark was hired in 1989 as the first paid staff for the foundation and subsequently provided staff leadership for capital campaigns that raised over $22 million. This funded the extensive renovation and expansion of the Medical Center campus, as well as the building and subsequent expansion of both the Richard E. Winter Cancer Treatment Center and the Dr. Ravinder N. Agarwal Renal Dialysis Center, as well as the creation of the Thomas T. Patterson Wound Healing Center and the Helen McCadam Medical Office Building, each of which named facilities were the first of their kind in St. Lawrence County.

Earlier, Mark started his career as a fundraiser while serving as Development Director for North Country Public Radio. Previously, he had worked in not-for-profit administration as executive director of the St. Lawrence County Housing Council and before that, as executive director of the North Country Affordable Housing Corporation and the North Country Local Development Corporation, where he worked with the New York State Division of Housing and Community Renewal to provide affordable housing in response to the stationing of the 10th Mountain Division at Fort Drum.

Along the way, Mark was elected to two terms as Supervisor for the Town of Rossie and as a director and officer of numerous local and regional boards, including the St. Lawrence County Environmental Management Council and as chair of both the Rossie Town and St. Lawrence County Planning Boards. He was appointed in 1985 by the St. Lawrence County Legislature to represent the County in the formation of the Development Authority of the North Country and served on that Board until his retirement in 2008, having served continuously as an officer of that board from its inception, including three terms as chair. In 2004, Mark was elected to the Board of the Indian River Lakes Conservancy where he serves as the co-chair of the stewardship team.

Mark graduated from Wesleyan University in 1967 and his wife, Louise, graduated from Vassar College the following year, after which they married and moved to Rochester, NY where Mark became Director of the Unit Management Department at Strong Memorial Hospital. Louise worked in a renal research lab on the hospital campus. Restless to find a home and start a family, Mark and Louise bought a 170-acre farm in Rossie in 1971. They had been looking for land for several years and were drawn to Rossie because the landscape around the Indian River Lakes and the Thousand Islands shares the same Canadian Shield that Mark had come to love while growing up summers on Loughborough Lake north of Kingston, Ontario, where Mark’s parents had a cottage for 35 years. It was there, exploring the forests, rock bound hills, and lakes, that he discovered his love for the outdoors and passion for canoeing, taking his first overnight canoe trip at twelve among the nearby Rideau Lakes, and later in the backcountry of Algonquin Park, where Louise and Mark took their first canoe trips together, and subsequently among the 30,000 islands of Georgian Bay. It was like coming home, the first time they drove the backroads of Rossie, and that feeling of coming home has never changed in the 45 years since then whenever they have returned from being away. And so it was that they moved to their farm in 1972, to set down roots and start a family.

As Mark and Lousie raised their family and deepened their commitment to the area, they became further involved in the larger community and the region. It was natural, therefore, when Mark first learned of the Indian River Lakes Conservancy that he would be drawn to do what he could to support it, especially when IRLC acquired the Grand Lake Reserve just down the road from where they live and within a short paddle up Grass Creek that runs through their farm.

“I believe my career in not-for-profit management and my years in various volunteer leadership positions have proved useful to IRLC, as has my experience working with governments and government agencies. I have also enjoyed applying the skills I have acquired working on the land to helping with property stewardship and in trail design and maintenance.”